Gators, Scorpions, and Bears - OH MY!

It has been four months since I've blogged at Babble 'n Blog. Time flies when you're preparing to retire from your day job and hit the road full-time in a van!  The van is already my home and has been for seven months, but I'm still counting down the days until I make the highways of this country my home.

During these past seven months, I've been very busy learning as much as I can about my Travato and how to live as a civilized nomad. I belong to a lot of groups on Facebook. Some are for van life in general. Some are just for Travato owners. Some are only for women or for campers over a certain age.  In all of them there is often discussion of wildlife.  Not wildlife as in drinking and carousing, but as in creatures who live in the areas I'll be visiting.

Back in May I went camping in Yosemite for the first time.  I loved it, but for weeks before I was worried about bear attacks. I was sure a bear was going to break into my RV and eat me and my Oreos. I never saw a single bear, even when I went for a long walk by myself (brave of me, right?).

Throughout the year in these groups, people talk about the wildlife they encounter. Bison in Yellowstone is a popular one. Sightings of grizzlies in Alaska. Alligators roaming around watering holes on the outskirts of RV parks in Florida. Rattlesnakes in campgrounds in the desert. Of course there are also the tales of spotting sweet deer, the occasional moose, and magnificent birds. Even wild horses. But today one of the forums was abuzz with talk of scorpions. 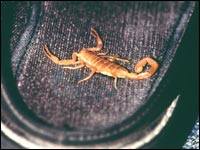 Let me say this right now, so there's no misunderstanding: I am a city-raised wussie!

Yes, I managed to see Yosemite without being eaten or losing my Oreos.

The first quarter of 2019 I'll be spending a lot of time dry camping in the desert, the natural habitat of scorpions and snakes. True, I'll be in a van. But I'm still breaking out in premature hives. What if I encounter said snakes and scorpions? Many people in the forum said it will be winter and the critters will be hibernating. Then someone else will counter with a tale of finding such creepy crawlies in the winter when they slither into people spaces looking for warmth. 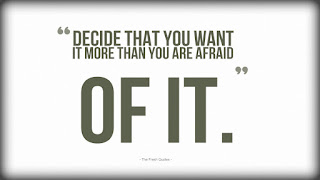 What a delightful & laugh aloud post. Hoping that your next post is sooner than 4 months. Wishing a scorpion & snake free trip.

Wonderful post!! Enjoy your upcoming retirement...God knows you earned it! Traveling around in The Novella sounds like a blast to me!! I will be traveling vicariously through you!!!!

I called the poison center people. Why is a whole other story but I do recommend calling them because they are always terrific, responsive, informed, good humored, seemingly glad for your call. So I asked them what I should do about having been bitten, stung, whatdoyoucallit? on the knuckle of one of my thumbs.

The woman asked me a bunch of questions about my pulse and heart and stuff and finally she said, "I think you'll be just fine. And now that the pain is probably gone it might interest you to know that certain Native American medical systems say that scorpion venom is a great treatment for arthritis. Do you have arthritis?"

"Yes, three different kinds. I'm losing the ability to use my hands. My hands are so painful I worry that pretty soon I won't be able to take care of myself."

"Sorry to hear that. I hope the Native lore is true. I hope you feel better."

And I did. It's probably been twenty years since that happened and that joint is still the least deformed and dysfunctional of all of them.

Now don't take my word for it. I don't know if I believe that what was sequential was causally related. I don't have any idea what happened or why. I'm glad for the pain mitigation.

I told you this story hoping to alleviate your (somewhat fascinated) horror at the thought of encountering snakes and scorpions when you come to the great Southwest Desert. We moved here 22 years ago. We had those same (somewhat fascinated) horror. If you're interested, I'll tell you the story of our encounter with a nest of rattlesnakes sleeping in the sand of a dry wash on a hot May afternoon.

PS. One of the changes I have seen in our society in my lifetime that I like is a spread of the idea that there isn't just one way of doing medicine. Many of us have become familiar with all kinds of medical systems generated in other cultures. And research is done on all those systems to see what can be "scientifically" verified, replicated, validated, all that sciency stuff. My favorite outcome of all of this is the "discovery" that chicken soup really is good for you. I have heard it referred to as "Jewish penicillin." I wonder if other ethnicities or cultures have their own name for chicken soup. When the belief that that was true was referred to in the period before the validation of what had been claimed for it: it is a healing substance. I have also heard it referred to a "grandmother tales." It is often attributed to "folk medicine."

I would expect to have encountered such medical beliefs in the fiction I read. They create a great opportunity for conflict in a plot -- people with equal interest in the well-being of someone cherished by many who each believe that their medical system can save our beloved.