Laughing In the Slow Lane 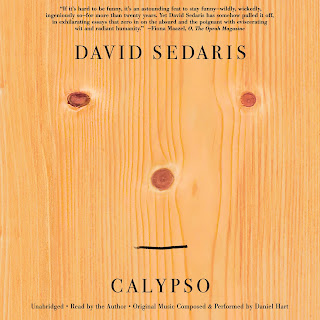 People always ask me: What do you miss most now that you're living in a van.

I miss two things: my queen-size bed and my former 15 minute commute to the office.

My Winnebago Travato has twin beds and they are narrow twin beds. It's also the model year before they added the ability to turn the twins into a full size bed. Even so, that feature has its drawbacks, like having to crawl over the bed to get to the bathroom, and having to dismantle the bed every morning, instead of just making it. It took me a few months, but I've finally adapted to sleeping in a twin bed.

One of the biggest downsides of having downsized from a large apartment to a van is I went from a 15 minute commute to my office to a 90 minute commute. Unfortunately, the closest RV park I could find to make home until I retire was in Van Nuys. It's not that far from Century City, only about 15 miles, but during weekday rush hour mornings, I might as well be driving to Vegas.

On really bad traffic days, the commute can stretch to 2 hours or more, depending on whether some dumbass caused an accident along the already overcrowded 405 Freeway in Los Angeles. Without accidents, it takes me about 90 minutes to get to work and about 60 minutes to get home. The shorter travel time home is mostly due to my not leaving the office until after 7pm, when traffic is a bit lighter. However, several months ago there was a horrific accident involving a big rig that made my commute time home over 3 hours.

This is why true Angelinos pee out every last drop before starting their commute.

One of my favorite things to do during my commute to work is listen to audio books.  On the way home, I'm more likely to listen to the news. This morning I almost finished Calypso by David Sedaris. I love listening to audio books, especially interesting autobiographies read by the author. Sedaris's books are a series of essays about his life and observations. They are hysterical.

This morning I was in the usual bumper-to-bumper traffic, listening to the chapter titled I'm Still Standing. As the chapter began,  I had just taken a big gulp of coffee. With the first belly laugh, I nearly sprayed it all over my windshield. The entire chapter was that way, so I put a hold on the coffee and just enjoyed the wild ride that is David Sedaris.  I was laughing so hard, tears were running down my cheeks. By chance, I glanced to my left to see the man in the car in that lane watching me and laughing.

He was laughing at me laughing.

Now that's the way to start a Wednesday.

I can totally understand your commute. I live in Racine, WI and for 2 years, I worked in West Bend, WI. Every day my getting to work commute for no shorter than 1 1/2 hours and my going home was always at least 2 hours, except Fridays. No home commute was less than 2 1/2 unless I stay until 6:30 or leave at 2:30. But, audiobooks are the greatest. I "read" a ton of them during my 2 1/2 years of that long commute. My new commute is a wonderful 45 minutes and I don't listen to more than a chapter or two of a book on my way in.

Do you always pick essays?

And, when are you bringing back Granny?