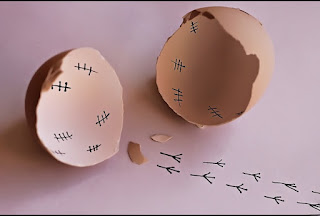 I've written about this before, but now the day has finally come.

As soon as I turned in TOO BIG TO DIE, the 12th book in my Odelia Grey series, I was no longer under any obligations or deadlines from any publisher.

I am officially an INDEPENDENT AUTHOR!


In the words of the great Danny Glover: I'm getting too old for this shit.


I turned in the last contracted book two weeks ago today, and followed that up with a two week hiatus from writing. I wrote here and there during that time, but not much, and I didn't have a set schedule, which is important, whether you are an independent author or working through traditional publishing channels.  When I'm asked about how I'm able to produce so many books in such a short time, my answer is always the same: I have a writing schedule and stick to it about 90% of the time. Without setting a writing time, and sticking to it, many authors tend to meander off course and produce little.

Bottom line: I treat my writing like a job. A job with regular hours. Weekdays, my hours are generally 6:00 am until about 8:00 am.  Weekends are about 4 hours a day, mostly done in the morning, but I'm more flexible about the exact times. I always have treated it like a job, a job I love most of the time. But now it's even more important to maintain that mindset.

Today I sat down at my computer at 6:00 am, after feeding the cat and cleaning the litter box, and armed with my morning coffee, began my life as an independent author.

Wow, no deadlines, except my own.

It's both exhilarating and scary, like a tall winding roller coaster.

One of the things I did during my two weeks off from writing was to prepare a writing project list. This is a list of novels and short stories I want to work on, along with target dates for completion. This will be my road map so I don't wander lost and unfocused without structure. It's long list of book ideas I want to bring to the page, along with maintaining my long-standing series. Right now, I have ideas scheduled through 2019.

I guess you could say I still have deadlines, but these are gooey deadlines that can be manipulated if the need arises.

Between now and the end of the year, I plan on finishing two short stories and a non-mystery novel titled FINDING ZELDA. I've been working on FINDING ZELDA for several years, here and there, as I had the time. The first draft is nearly done, and my plan is to get it done and published sometime in 2018. 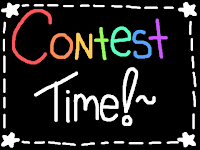 To celebrate my new freedom, I'm giving away two character names in FINDING ZELDA. To enter, simply send an e-mail before 9 pm PT, August 27th, to contest@sueannjaffarian.com with ZELDA in the subject line. Winners will be drawn at random and announced on August 28th.

On Vacation, Kind Of 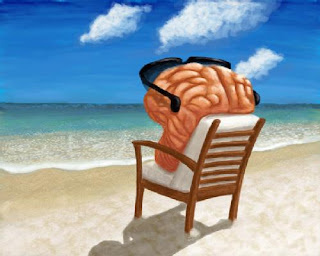 In exactly 76 days, count 'em 76, I will be in Hawaii on vacation for 5 days.  I can't wait. That's a real vacation, which I generally take in the fall after most families have returned to their usual school-year activities.  Last year in October I rented an RV and joined my family at Fisherman's Memorial Campground in Rhode Island, which was a lot of fun.

But Hawaii and Rhode Island aside, I'm currently on another type of vacation. A vacation from writing.

On July 31st I turned in my 12th Odelia Grey novel to my publisher. It was also my last book under contract, which means I currently have no deadlines sucking my brain and my soul dry. As soon as that book was turned it, I gave myself permission to take a week off from writing. And except for a burst of creativity on Saturday night, which lasted until 2 am, I did take the week off from putting words to the page.

But here I am into the 2nd week and I'm still not ready to get back to the grind.  For one thing, on my usual writing schedule, I get up around 5 am on week days to write before going to my day job as a paralegal. Since the last book was turned in, I am sleeping in until 6 or 6:30, much to the chagrin of my cat, who is used to being fed at 5:30. And believe me, B is being quite vocal about the change in her feeding schedule. But I've been determined, and eventually she gives up and not so patiently waits until my feet hit the floor at the later hour.  On weekends I'm sleeping in much later, but do get up around 6 to feed the poor starving kitty.

Friends, sleep is NOT overrated. I used to say it was. I was wrong. Dead wrong. I may never get up at 5 am again, except to catch a flight.

But even with the extra sleep, I am not ready to return to punching a keyboard. I was very productive that late Saturday night, and managed to flesh out an idea for a new short story, but since then my brain has been stubborn and my muse silent. They want a vacation too and until they return, I admit, I'm a bit understaffed.

I'm hoping everybody is back to work on my latest project by this coming Monday.  If not, that's okay, as long as we're all back soon. I've got stories and books to write and without my brain and my muse, I'm kind of writing blind!

Posted by Sue Ann Jaffarian at 9:10 AM No comments: