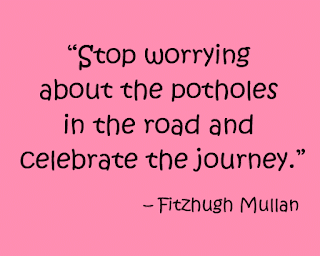 Recently I was working with one of my bosses and she was getting very frazzled over an event we were organizing (which is not like her). The poor thing was working herself into a tizzy over tiny, insignificant details. Finally, I said to her, "Calm down. No one is going to die if this isn't perfect."

She paused, then replied, "You're right. Our clients deal with life and death issues every day, and this is hardly life or death." (We work in health care law.)

I had the occasion last week to tell someone else who was sweating bullets over tiny silly things, "No one is going to die." Like my boss, she paused, let the words sink in, then calmed down.

Sometimes we worry over stuff that, in the big scheme of things, are smaller than gnats, while letting big stuff slide. I'm sure psychologically this is a coping or even an avoidance mechanism, but I'm not writing this to delve into the human mind.

Yesterday I was telling a friend about two things that may stand in the way of ordering my RV next month. These aren't necessarily small things, but they are things out of my control. When I was done complaining, my friend threw my favorite new words back at me, "No one is going to die. This is just a delay, nothing more."

It's true.  These two things may mess with the timing of my goal to own a camping van, but will not be an obstacle to ultimately getting my hands on one. And the delay may only be six months, not years. Six months is nothing.  And I won't die because of it. I might die during those six months, who knows, but certainly not from waiting.

There are lots of things that can cause a person to die, such as illness or an accident, but I'm not going to die because something I want is put out of my reach for a few  months.  Even more stupid, is that it's not confirmed yet that this will even happen. I'm worrying over something that may not even occur.  Silly me!

This is why we should have contingency plans. Contingency plans are our safety nets, our emergency kits. When life throws obstacles in our path, especially something out of our control, we shouldn't waste energy worrying. Just dust off Plan B and have it in your pocket, like an understudy in a play or a touchstone that brings you comfort.

So I'm letting go of this worry. I'll know in a few weeks if my plans are delayed, but in the meantime, I've got my backup plan primed and ready.

And no one is gonna die!
Posted by Sue Ann Jaffarian at 6:42 AM 1 comment: 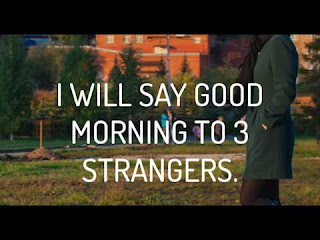 I'm on a campaign to spread cheer, one person at a time. Especially during this time of discord and of people taking sides on everything.

I live in Los Angeles, a thriving, massive city, both in population and size. I work in a two-tower high rise. I come in contact with hundreds of people every day, some for a fleeting instant, some for longer. I've noticed that people in stores, or on the streets, or in elevators seldom look each other in the eye.

There was one man in our building on our floor, an older man probably in his seventies, who was always scowling. One day I mentioned to a co-worker how crabby the man always seemed, and was told that he is in constant pain from a serious back injury. I had no idea.

One day after that I was in the elevator alone with this man. I turned to him and said, "good morning" and gave him a smile. He gave me a tight smile back. After that, every time we saw each other I greeted him, or made a small talk comment about the weather, etc. Now every time he sees me, the scowl is gone, replaced by a smile, and often he'll even start the conversation.

We really never know what's going on in people's lives. Someone may seem like a crab apple, but really be in pain from an unseen injury. Or maybe a co-worker snapped at you or is in a bad mood because she had a fight that morning with her husband, or one of her kids, or maybe her mother is in the hospital. People shouldn't need to wave banners announcing their physical or emotion pain, for us not to judge them or to be civil to them.

I'm as guilty of this as anyone, but I'm trying to be better about it.

Every morning when I go out to the parking area where I live, there are people walking along the sidewalk in front of my apartment building. Some are exercising. Some are walking dogs. Some are simply moving from one place to another. I now make a point of meeting them eye to eye and saying good morning. A lot just nod in response and look away, some grunt, but many look at me, smile, and say it back. Over time, like the man in the elevator, they're smiling before we reach each other. And so far no one has pulled a knife or sworn at me.

Is it really that difficult to be civil to people? To get our heads out of our phones, or our asses, and acknowledge fellow travelers in this world?

Even if we're the ones in pain or having a bad day, sometimes greeting another human being can lift our spirits. People often feel isolated and alone, and a kind word letting them know you see them - really see them - and can change their attitude or yours.

There was a trend a short while ago where people in drive-thru lines would pay for the order or coffee of the people behind them. It was an unexpected and random act of kindness. I've done it myself. But how about being less stingy with our smiles and kind words. You don't have to become BFFs with these people, but when you see someone often, reach out and say hello. You might just make their day.  And it costs nothing. 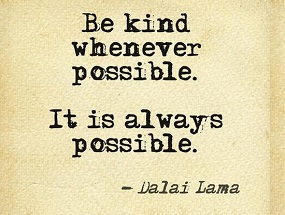 Posted by Sue Ann Jaffarian at 6:23 PM No comments:

Keep Your Shit To Yourselves 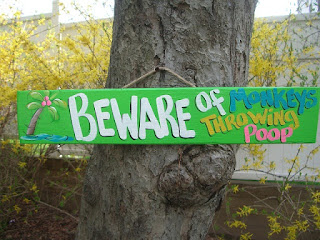 I was talking on the phone with a friend, catching up with him on what has been going on in our lives. He has a new lady friend. I have my future plans for my books and my retirement.

Then he said, "You're always working the angles." He laughed again.

Maybe I'm being too sensitive, but to me someone "working the angles" is someone who isn't quite trustworthy.  So I looked it up and found a couple of meanings. One said it meant to be "manipulative". Okay, that fits my perceived definition. But others defined it as: "leaving no stone unturned" or "exploring all possibilities."

Now those are definitions I can embrace with gusto, and ones to which I'm going to attribute my friend's comment, because he really is behind my plans. He thinks they are great and suitable for my personality, which according to him is "stubborn and fiercely independent." I also think the adjective "pig-headed" was tossed in there somewhere.

Did I mention we used to date? 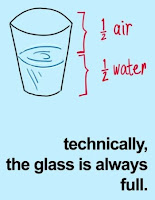 Any who... he was not putting me down by any means, but it did get me to thinking about people who do regularly pee all over other people's dreams and ideas.  There's always someone who sees the negative angles, sharp and pointy. Sometimes they tell you directly that your glass is only half full. Other times they tell a friend who passes the message along to you. That, by the way, is passive-aggressive behavior, in case you didn't recognize it.

Since making my plans to retire and travel, most of the support I've received has been extremely positive. Even many of the early naysayers have changed their opinions once they saw how dedicated I was to my plan and how thoughtfully I was approaching it.

But a lot of people are not "pig-headed" like me. If I want to do something, I will keep at it. Whether I fail or make headway on each attempt, I will continue to beat my head against the wall until I either break the wall or end up with a life-threatening concussion.  That's who I am.

A lot of people told me to my face that I could not do the Camp Pendleton Mud Run 8 years ago. But I did it. Nearly ruined my knees, but I freaking did it.

People told me I would never be published. Ahem, I am currently finishing my 25th novel.

People tell me I'll never lose weight. Well, I'm still working on that. I have not given up by a long shot.

But what about those dreamers who don't have a bite me attitude?

What about the dreamers who take to heart the negativity thrown at them, leaving dents in their confidence and goals?

Should they give up because they don't have the right stuff, the hard shell to ward off arrows of doubt?

Not everyone is pigheaded and fiercely focused. But think about those in history who were and what they accomplished, even in the midst of naysayers: Steve Jobs, Sally Ride, Thomas Edison, Martin Luther King, the Wright brothers, Madam Curie - just to name a few. I'm sure they all heard their share of boos and hisses and faced people who hated them. The difference is, they kept going. And going. And going. And we are the better for their tenacity and vision.

If you are someone with a dream, don't give it up in the face of all the orangutans throwing their feces at you. Just wipe it off and keep going.

If you are an orangutan throwing shit, STOP IT! Give the dreamers in your life your support and help them explore all the angles. You will be the better for it.  And if that is beyond your abilities, then just keep your negative shit to yourself, because no one has time for that!

This has been a public service announcement.

Posted by Sue Ann Jaffarian at 8:01 AM 2 comments: