Bleak, I Tell You! Freaking Bleak! 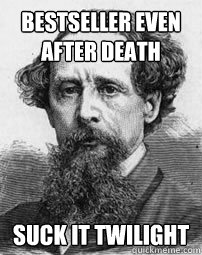 In a meeting not too long ago someone referenced the novel Bleak House. The twenty-something seated next to me looked to me for an explanation. I discretely informed her it was a book by Charles Dickens.

She asked, with wide-eyed innocence and so everyone could hear, "Who's Charles Dickens?"

Excuse me while my head explodes...

I didn't expect her to get the Bleak House reference, but I at least expected her to know who Charles Dickens was?

Or was I expecting too much?

I was mildly comforted by the fact that the few others in the room, all above 40 years of age, stared at her in shock too.

She's a high school graduate and currently attending college. No, not an English major, but still...

This is CHARLES FREAKING DICKENS!

What in the hell are they teaching in schools these days?! I was exposed to Dickens and his work in high school and again in college. I still haven't read everything he's written, but I've read most of it. 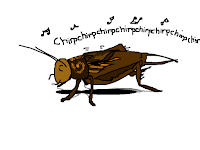 I leaned toward her again. "You know ... Charles Dickens. Oliver Twist?"

A glimmer of light. "I know that one," she said, beaming. "Didn't they make a movie out of that?"

At least she didn't reference the Muppet version.
Posted by Sue Ann Jaffarian at 5:57 AM

I don't know that I've read anything by Dickens, although my Mom did read A Christmas Carol aloud to us one year. (And sorry, the Muppet version is my second favorite movie version behind the George C. Scott one. It's actually very good.)

I don't remember Dickens being on any lists that anyone in my high school read. There were quite a few more modern authors on the list, however.

Dickens wasn't on my high school reading list but I still know about him. Geesh! A friend runs a private tutoring center and a student showed her a report he was going to turn in on the Civil War. The first paragraph explained the players, Iron Man and Captain America. SMH

I have to admit, nestled in between all my science fiction, mystery and computer programming books, is my collection of Charles Dickens books. Some from the less than pristine printings from Barnes and Noble (Oliver Twist, Tale of Two Cities), to some truly gorgeous books from some of the more classic printing (David Copperfield, Bleak House, Great Expectations). Now that I think of it, I think I should get "A Christmas Carol" for my son, Mal...

Sad truly sad. I am 45. We read David Copperfield, A Tale of Two Cities and Great Expectations in High School as well as many other more "modern" authors. I'm with you. Wth are they teaching them these days?