A Year Into My Journey 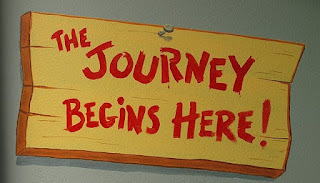 Sometimes a journey begins long before you actually start down the road.

On April 13, 2016, I knew for sure that I wanted to travel extensively after retirement. I'd been considering several retirement options, but wanted to travel before settling down in one spot. But as my list of things I wanted to see and places I wanted to visit grew, I was slapped by the realization that I probably couldn't afford to do all the travelling I wanted and still put a roof over my head.

By April 22nd, I'd made the mental leap from simply gassing up the car and hitting the road to buying an RV and living in it while I did all this travelling. From there, there was no turning back. I knew it was the right decision for me.

I began researching the possibility.  With each article and blog I read and You Tube video I watched on the lifestyle, with both the joys and the ups and downs, the freedom, and physical responsibilities of maintaining a home on wheels, I became even more convinced that this was where I belonged.

The open road beckoned to me. The freedom of setting up camp wherever I desired, for as along as I desired, was appealing to me more and more.

First, I did the math. I was 63 at the time and needed to hit 65 in order to get my Medicare. That was a year and a half away. Next was the decision of whether I should retire at 65 or wait until 66, when I was eligible for more Social Security. That increased my departure by another year. I crunched more numbers.

My practical side said to wait that additional year. My growing wanderlust was pushing me to go sooner than later, while I was healthy and excited.

What's a gal with itchy feet to do?

I had a sit down with my financial adviser and determined that it would be best financially to wait until I hit 66 to retire.

I wasn't happy about this delay, but it was just a delay, not a deletion of the dream itself. Trust me, whining was involved. That's whine, not wine. Soon that whine changed to happiness as I realized the extra time would buy me more security and time to plan more thoroughly.

It was a bitter pill, but one I needed to take. 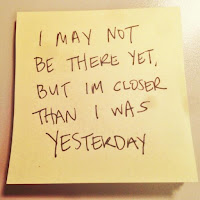 I may have changed my departure date, but not my van buying date. I intend to buy it by the end of 2017, and spend a lot of time camping around California and Arizona as I wait for my retirement date. With the van at my disposal, I figure the waiting won't be so difficult.

Wow. Already an entire year has gone by since I started making plans.

Posted by Sue Ann Jaffarian at 6:00 AM

You are thinking this through! And when your adventures begin you will be happy & ready for. A good retirement!

The more I read your blog the better I like it. Thanks. Doug.

Thank you, Doug!
San, I really am preparing for this. Almost obsessed with it!