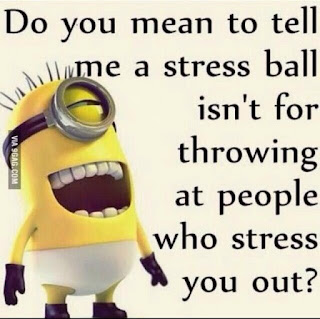 My body does not handle stress well. When I am under an enormous amount of stress and worry, my skin often itches and sometimes will even break out in hives, like an allergy.  People who know me personally can attest to the scars on my neck, all caused from many bouts with hives. It will often feel like I have head and body lice, or that fleas are biting my ankles. Sometimes it makes me physically ill with flu-like symptoms. It doesn't happen often, but often enough for two different doctors conducting several tests to assure me there is no other underlying physical ailment going on, just my body's reaction to stress. And this isn't new. I first started experiencing physical manifestations of stress in my mid-twenties

To manage it I try to exercise every day, including occasional yoga and meditation. I refuse to take sedatives for it, or any meds, except for over-the-counter remedies for hive relief that my doctors have recommended. (BTW, did you know that taking something like Claritin along with a stomach remedy like Zantac will reduce hives discomfort?! My doctor told me that and it works!)

Anyway, I live a stressful life, which I bring upon myself with my grueling writing deadlines, set by both publishers and myself. Coupled with a day job, it's a wonder I don't scratch myself bloody. I'm doing better now. Last year the doctor gave me a stern warning about stress overload bringing about more serious ailments like stroke or heart attack. I listened and started cutting back on some activities. I also eat a lot healthier, which helps. And decided to go easy on future book contracts.

I'm also a news junkie and seeing the carnage at the Istanbul airport last night didn't help my nerves one bit. I'd also learned of the passing of a friend's spouse, so I was pretty sad about that too. I turned the TV off and went to bed early.

Yesterday I was telling a friend about something really stupid someone said to me over the weekend, and I got way more agitated than the situation called for. (FYI, making mountains out of mole hills is another sign of increased stress.) So I took a several deep breaths and tried to shake it off.

This year I plan on releasing several books, in spite of the above. The two coming out from publishers are already written, so I can relax about those. Another publisher deadline is not until later in the year and I'm already working on that book. The others have already been started and will be self-published, so if I don't make my self-imposed deadlines for those books, it's okay. It means I'm being smart enough to pull back on stress triggers in my life. 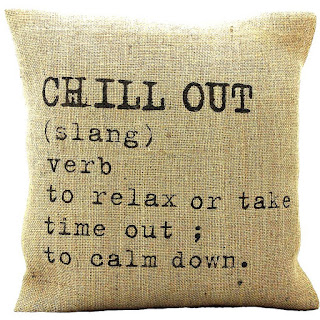 We live in very stressful times. Between terrorist attacks, hate crimes, scary politicians and technology that moves every little thing at the speed of light, it's easy to forget to stop and smell the roses. Social media is a good example of stress in people's lives. We have become trigger happy when it comes to lashing out with comments and nasty remarks. We are not engaging our brains before engaging our fingers or tongues. And we are overreacting with heated comments way beyond what is called for in reality.

Whenever I see hateful attacks splashed across Facebook and Twitter, I wonder about the stress levels of the people writing such comments. Maybe they are lashing out at the wrong targets; taking their frustration out on strangers instead of the true source of their discomfort and anger. And maybe they brought a flame thrower to a garden party. Kind of like what I did yesterday. My reaction was a massive bomb, when all the situation with the nasty comment called for was maybe a squeak or two.

We all need to chill out. We all need to take a step or two back, weigh the situation we're reacting to, and respond appropriately.

It's difficult in these difficult times, but if more of us did that, maybe it could spread to others like warmth from a cozy fire. It might also leave us enough emotions to properly handle true tragedies, like bombings at airports, and massacres at night clubs, and slaughter at a church. These things deserve our anger and attention, not the petty stuff.
Posted by Sue Ann Jaffarian at 8:52 AM No comments: Links to this post In almost every episode of NCIS New Orleans Agent Dwayne Pride, played by the always yummy Scott Bakula, tells his young team "go learn something" as he sends them out to solve a crime.

Leaning is cool and you're never too old to do it. I've been learning a lot lately about RVs and the RV lifestyle.

Although I'm not hitting the road for at least 2 years, I want to be prepared. I also want to make sure there's nothing that will be a deal breaker, not even the draining of the sewer tank, which, thanks to several You Tube videos, I feel I could do right this minute without much of a hiccup.

Yeah, my book deadline is behind me so I'm spending my time learning how to dump human waste in a clean and efficient manner.  Somehow I need to work that into a book.

But that's not all I've learned recently.

Thanks to a plethora of blogs and You Tube videos, I've also leaned about the best internet connections while on the road, best way to boondock (dry camping - no hookups), how to meet people, find camping spots, the basics of RV electrical and plumbing systems, storage organization, safety issues, and RV buying and financing. I've even read and viewed videos on how to decide on the best RV for my needs and how best to acclimate a cat to RV life.

My favorite RV bloggers quickly rose to the top:

The Fit RV - James and Stef are fitness trainers who also do a lot of reviews of different types of RVs, products, RV renovation tips, and how to stay fit on the road.  They also have a great blog post called 8-Step Program For Choosing Your First RV.  Through it I realized that for me to be comfortable on the road I must have (in order of importance) a dry bath (shower separate), good working area where I can sit comfortably for several hours a day and write, good storage, and a permanent bed. I don't need fancy slides or all the bells and whistles and even the permanent bed is negotiable if I find everything else.

Technomadia - I have found this blog and site to be my go-to for all kinds of straight-talk information on the RV lifestyle. They are also experts in all things techy and had the best video explanation on internet connectivity while on the road. This weekend I watched their video: 10 Things That Suck About Full Time RVing. It was extremely informational and entertaining.  Cherie and Chris also do a lot of Q&A with their followers.

Gone With the Wynns - This couple has just transitioned to a sail boat, but their RV blog is full of archived valuable information. And they're cute, energetic, and have two cats. What's not to like?

The Freedom Theory - Josh and Kali are just too cute for words and have a lot of great and informational You Tube videos on everything from techy stuff to money issues.

In addition, just this past week I was invited to join a Facebook group called Authors on the Road, whose members are all writers living either full-time or part-time on the road.

I have found my people and they have knowledge; knowledge I intend to suck dry like a vampire dining on brains. Or should I say absorb like a thirsty sponge? Nah, I like the vampire thing better.
Posted by Sue Ann Jaffarian at 7:06 AM No comments: Links to this post 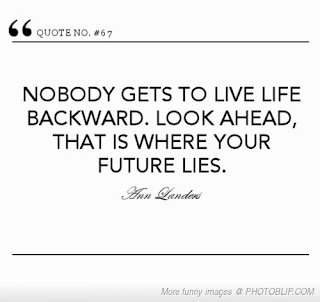 I'll be getting back to my more stable routine of morning exercise and writing before work, instead of the frenzied writing every waking moment when I'm not at work that happens when I'm on deadline.

But first I will take a few days off from writing to clean my apt (and this time also my car) top to bottom. I mean really deep clean. Every nook and cranny until everything sparkles. I do it after every book, except that I had no time to do it between the last Granny Apples book and this Odelia. Even poor B will be brushed and bathed!

I also need to start organizing the stuff in my apt to get ready in preparation of hitting the road full-time in an RV when I retire in 2-3 years. I'd love to go in 2 years, if I can.  So I'll be going through everything, giving some away, selling most of it, and keeping the few things that I just can't live without.

Yes, I know my retirement is in 2-3 years, but experience has taught me that time moves fast, lightening fast, unlike when I was a kid and it crawled. I need to start my downsizing now, even if it means living in a near empty apartment next year.  I figure if I do that, I won't lose sight of my ultimate vision and goal - retiring to live, write, and travel in an RV.  Stay tuned for more posts on that topic as I set my sights and begin implementing my plan.

As for the writing, I have so many books waiting to be finished and waiting to be started that it's difficult to know where to begin.  When I return to writing later this week, I'm going to focus on Odelia #12, the last book I have under contract to a publisher AKA the last deadline I'll need to face for now.

I can't wait!  To be deadline free is indeed freedom and should reduce my stress level considerably.

The deadline for Odelia 12 is early November 2016. My goal is to have it done and turned it before I go on vacation in mid-October. I've already started it.

Also on deck is a short story I'm writing for a contest and the 3rd Winnie Wilde novel.

The next 2 years are going to be exciting in both my writing and my goals.  Stick around!