The Zombies Threatened My Cat 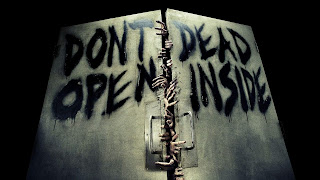 And, as usual, I'm very late to the party.

Although The Walking Dead is about to end its 6th season, and I've been hearing nothing but raves about it from friends, I hadn't seen a single episode until this past Saturday.  It's true. I enjoy stories about ghosts. I like some stuff about vampires. Zombies, though, meh.  I really don't see the attraction to things that are dead and decaying. At least most vampires are sexy and alluring. And ghosts can be fun (insert plug for my Ghost of Granny Apples mystery series here).

Oh yeah, I can totally picture a zombie hunk doing a bump and grind in the next Magic Mike movie! NOT!

Still, I wanted to see what all the hullabaloo was about. So Saturday afternoon after a very pleasant lunch with friends, I sat down in front of the TV, called up Netflix, and started with episode 1, season 1.

First thing I see is Andrew Lincoln in a sheriff's outfit.  I loved Lincoln in the movie Love Actually, so I was off to a good start. Next I see dead bodies and Lincoln, playing Rick Grimes, shoot a girl zombie in the head. Okay...  not totally unexpected.

By the end of the episode, I was hiding my eyes and fighting back my lunch as both the living and the dead were butchered with glorious graphic gore and squishy sound.

I swore I'd never watch another ...

Later that evening, after some chores and writing, I sat down in front of the TV to watch something fun. Before I knew it, I was starting up episode 2 of The Walking Dead. It was like the remote had a mind of its own. Forces beyond my control were pushing me closer to the zombies. I was helpless. A lamb to the slaughter.

By 1 am - yes, 1 am - I had watched the entire season 1 of the show. At some point, I had a quick bite of dinner and was truly thankful that I eat mostly vegan, because The Walking Dead will make a vegetarian/vegan out of anyone.

I swore that on Sunday I would NOT watch the damn show. I even did a pinkie swear with myself. There would be NO ZOMBIES on Sunday. As usual, I had coffee and breakfast while watching Face The Nation. After, I went to my computer to write. It was a normal Sunday in my world.

"Sue Ann," the zombies called from the living room.

"Just pick up the clicker. You know you want to."

Yes, I know that zombies don't talk, but they did to me. If I'm lying, I'm dying... (By the way, that's just a figure of speech. Don't go getting all excited and put a bullet in my brain just yet.)

I held firm and kept plugging away at my manuscript for the 11th book in my Odelia Grey series, due in just a few weeks. I had work to do, and some laundry.
﻿﻿﻿﻿﻿﻿
"Sue Ann," I heard again in raspy zombie grunts. "Come watch us or we'll eat your cat."

Being somewhat of a zombie novice, I wasn't sure if that meant B would become a zombie too. Would I be sharing my home and bed with a zombie cat?

Hours later, I finally tore myself away from the TV, just 2 episodes away from the end of season 2. B was safe and sound, snoring next to me on the couch, without a clue about how close she'd come to becoming undead herself.

So far this week, I've managed to stave off my craving for the show. B's not in danger though, because I promised the zombies a date this weekend.

I hope that damn cat knows the sacrifices I'm making for her.
Posted by Sue Ann Jaffarian at 1:29 PM No comments:

Are We There Yet? 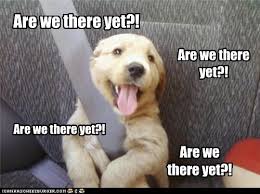 I'm on another deadline. So what else is new, right? This is my last one for a while but getting there feels like a long trip down a dry and dusty road.

I'm not having trouble with the story. I know exactly where I need to go and I like the story. It's just that I've been working on the same scene for four days now and I want it to be OVER. I want to move on to the next scene. More importantly, I want to be heading closer manuscript-wise to hitting my deadline.

The thing is, it's a very important scene that started with a lot of action but also contains a lot of information that needs to be given to the reader and the protagonist without sounding like a data dump.

What's a data dump, you ask?

In my paralegal world, data dump means when the other side of a deal inundates you with boxes and boxes of documents needed to be reviewed for due diligence. At least in the not so far off past it was boxes and boxes. Now everything is digitally stored in an online data room. Still, unless the files that have been uploaded by the other side have been properly filed and titled, it's still a data dump that can take hours of valuable time to sort through to determine what's important and what isn't, and what needs to be downloaded and reviewed.

In the writing world a data dump is when an author stuffs a lot of important information into a scene to make sure it gets transmitted to the reader. It can be back story, clues, or character information. Somehow all that information has to be relayed in a smooth and entertaining way so that the reader can't tell it's a data dump. It has to be woven into the dialogue or story seamlessly, naturally, so that the reader can consider it without feeling burdened or bored.

Putting the information on the page isn't what is taking me so long. It's putting it on the page in a such a way that the reader can't tell it's a data dump.

And that is the issue I've been dealing with ... for four long writing sessions. And there were be several more of these along the way. [insert groan here]

Hopefully by tomorrow I'll be out of this scene and on to the next action in the book. I've got some pretty fun stuff coming up and I really want to get to it. Like I said, a long dusty trip, but at the end is the reward of a fun destination.  Kind of like fighting So Cal traffic to get to Disneyland.

Posted by Sue Ann Jaffarian at 9:15 AM No comments:

Mean and Nasty ... The New Normal?

Recently someone said something really nasty and accusatory to me. It made me angry, especially because it was in a supposedly professional setting and I wasn't able to defend myself. When I told a couple of people, the response was dutifully sympathetic, but all shrugged it off with "you know how they are" or "they do that to everyone."

So that makes it okay?

Isn't that how bullies flourish?

Isn't that turning a blind eye to and/or rewarding bad behavior?

And the thing is, this is happening more and more in my daily experiences. Not necessarily always aimed at me, but if not, I certainly witness it a lot more.

Donald Trump spouts uncivilized, hateful attacks almost hourly and it's splashed all over the media, no matter where: TV, Internet, social.  He and his poison are everywhere, but instead of turning away, people are flocking to him. But this isn't about The Donald. He's just a glaring example of how far we've fallen in our responsibility as human beings to be kind and civilized to one another.

Joan Rivers and comedians like her turned personal attacks into entertainment and big bucks.  But what is funny on stage, is not so funny when those attacks become part of  everyday life slung like poisoned arrows or a scatter shot of lethal bullets at everyday people just going about their business.

I've stopped watching certain TV shows because they are just too mean spirited, especially a lot of sitcoms. Yet shows like the Real Wives of [fill in blank], and other shows where people tune in hoping to see snarling cat fights, flourish.

Whatever happened to making the world a better place?  When did that train not only leave the station but derail into a fiery ball of self-hatred that engulfs everyone in its path? Because I truly believe that people who attack others are really in truth attacking the things they hate in themselves, but are too dumb or self-absorbed to realize it.

You know the saying: "If Momma ain't happy, nobody's happy." There's a whole lot of people out there living that dream these days. If they aren't happy, everyone in their path is going down with them.


To that I say

Because the rest of us just want to get on with our lives
and make the world a better place if we can. 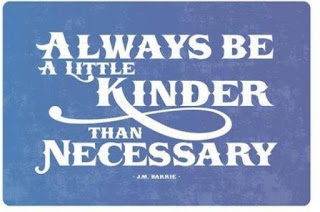 Posted by Sue Ann Jaffarian at 8:23 AM 3 comments:

A Day of Double Fun 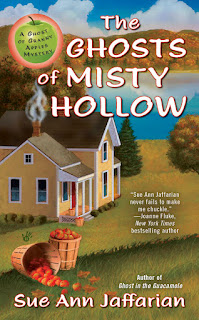 Today is a two-fer of good things:

1. I turned in THE GHOSTS OF MISTY HOLLOW to my publisher. This book will be released December 2016 and is the 9th book in my very popular Ghost of Granny Apples series.  It is available for preorder in both print and e-book.

2. Today I visit my friends over at Criminal Minds where I'm talking about what book(s) inspired me to be a writer.

So, come on over to Criminal Minds and say hello, and learn why it Takes A Village ... of Books to make a writer.

Posted by Sue Ann Jaffarian at 8:31 AM No comments: