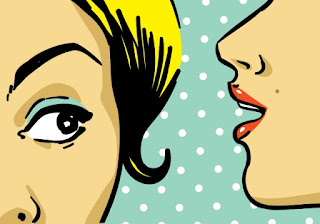 I, Sue Ann Jaffarian, now officially have a street team!

Who'd a thunk it!

For those of you not in the know, street team is a marketing term used to describe a group of people who hit the streets promoting an event or product. You know, those people on the streets trying to shove brochures in your hand as you walk by, head down, trying to ignore them?

But in this case, Street Team SAJ will not be standing on street corners annoying people but spreading the word about my books to their local libraries, books clubs, friends and families, while passing out bookmarks.

It's an updated version of word-of-mouth. Which, as we all know, is the best way to bring attention to a movie, TV show, concert ... or books. If someone likes a book and tells someone else, that person is more likely to read it.

Starting next week, Street Team SAJ, mostly comprised of members of the Sue Ann Jaffarian Fan Club, will be crawling all over the USA, bunches of bookmarks in their hands, talking about my work. It seriously brings tears to my eyes to think of all the help they're willing to give.

One topic authors talk about almost non-stop is marketing. Except for those authors at the very top of the publishing food chain, marketing is a major concern. Our publishers do some, but less and less as time goes on. As Lee Goldberg said yesterday on a panel about publishing, "the mid-list is disappearing." The mid-list in publishing is where most of us reside. It's the middle-class of publishing and like the middle-class, mid-list authors are struggling to stay alive. That doesn't mean we're mediocre authors, just that we're not in the same book sales league as say a James Patterson or Janet Evanovich. More and more mid-listers are leaning toward smaller publishers who give us more attention, or are going indie and self-publishing our work. It's how we're going to survive and be able to continue to give our readers the books they want to read.

As any mid-list author will tell you, book marketing is hit or miss. Some things work. Some things don't. What worked last week may not work this week. It's a crap shoot with your writing career all-in on the Come Line.

So I'm betting on Street Team SAJ to spread the word to new readers around the country.

To find out how to be a member of Street Team SAJ, go to the fan club on Facebook. Details are pinned to the top of the thread. 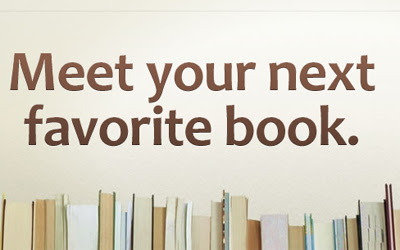 It's Still A Drought. 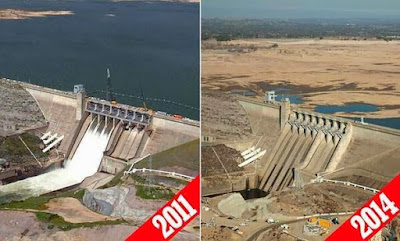 In my last post, I ranted and raved about rich celebrities thinking they can do whatever the hell they wanted without the same consequences as us little folk.

Well it seems that Tom Selleck didn't steal the water for his ranch. It finally came out that he paid for it but the tanker illegally transported it from one water district into another. Selleck is reimbursing the water district that sued him over $20,000 for the private investigator they hired after Selleck ignored the numerous cease-and-desist letters they sent him over a two-year period.

Guess the only way to get a celebrity's attention is to sue them.

Or run through their house naked while holding a gun.

I'm glad Selleck paid for the water, and clearly the water tanker company is at fault for not understanding (or caring) that the water came from one district and was transported into another, which apparently is a no-no. That might sound ridiculous to some, but water here in California is heavily regulated. You'd think a tanker company would know that.

Still, why did it take Selleck two years and a law suit before he handled the matter? I'm sure he has "people" who handle his mail, but two years is a long time for something to be ignored. So I'm not thinking he's exactly off the hook.

Again, we're in a very bad drought here in California. Tom Selleck can afford to buy extra water for his ranch. He can afford to reimburse the water district over $20,000. What about the commercial food growers who cannot do either? What about the people spending money to tear out lawns and replace them with drought-friendly plants? What about the future of our water?


Sometimes having the money and clout to do something, doesn't mean you should.

As much as I've always liked Tom Selleck as an actor, I'm not going to bend on my original stance against rich people behaving badly.

Posted by Sue Ann Jaffarian at 7:08 AM 2 comments: 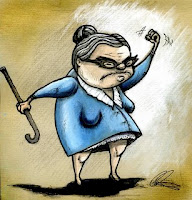 Yep, it's me again. The fat old gray-haired woman shaking her fist and yelling GET OFF MY LAWN!

I really despise shows that  celebrate stupidity, blatant disrespect for others, social cluelessness, and greed.

I used to watch the Bravo channel, then they started pandering to tasteless celebrity reality shows and I stopped watching, except for Top Chef. Years ago I tagged Bravo with the nickname the "rich people behaving badly" channel. I still feel that way.

Don't get me wrong. I love reality shows, especially competition ones like Top Chef, Chopped, The Amazing Race, America's Got Talent, Project Runway, and even the granddaddy of them all, Survivor. And then there's my all-time fav, American Ninja Warrior.  I do not watch any of the Bachelor or Bachelorette franchises. And I'd take a bat to my TV before watching Big Brother, Duck Dynasty, or the now defunct Here Comes Honey Boo Boo.

So what got me on this rant?

Was it Donald Trump beating his gums about rapists and illegal criminals? No.

Was it the government-buying mechanics of the Koch brothers or Sheldon Adelson? No.

Last night and this morning on the news were two stories that sent me over the edge:

There's also the allegations against Bill Cosby of rape and using drugs for rape, but that's in a league of its own. That's a very heinous crime and, if true, Cosby, a favorite of mine since childhood, needs to be brought down for it, and brought down hard.

So let's get back to Tom and Ariana ... the new kids in my on-going rich-people-behaving-badly rant.

May I call you Tom and Ariana? Seems fitting since you've been in my living room so much lately.

So, Tom, let's begin with you.  Like you, I live in Southern California. In fact, I live approximately 40 miles from your ranch in Hidden Valley.  However, in steps to help reduce water usage, the water pressure in my shower has been reduced to a trickle. I don't run my water when brushing my teeth. I don't do my dishes or laundry unless I have a full load. I don't even flush my toilet when I only pee. Something tells me you and your family are not being held to such strict water measures.

STEALING water in a drought is serious business, Tom! But stealing it for your personal avocado trees while California farmers, who feed us all, are undergoing rationing and are worried about their commercial crops, is really rotten and selfish. A lot of people, including many of California's rich and famous, have taken out or reduced their lawns, replacing them with low-water vegetation, in a move to help with the drought. Then again, a lot of them, like you, Tom, are thumbing their noses at the rest of us because you can afford to pay the fines and penalties.

Here is a link to some of the most wasteful celebrity landscapes in So. Cal, and a few that are taking steps to minimize their water usage. Is it any surprise that a couple of the Kardashians made the wasteful list? Wasteful celebrities.

Water isn't like getting the best seats at a sold-out concert, or a private table at an over-booked restaurant. We all use and need water. When you steal, Tom, you steal from ALL OF US. Or let me put it in terms you might better understand: you steal from your fans, the people who have the power to turn off their TVs and drop your ratings. But, then again, I'm being silly. You probably have enough money that you'd even thumb your nose at that.

Ariana. Ariana. Ariana. Girl, what are we going to do with you? I realize you're only 22 years old. And I realize that you are rich, spoiled and obviously selfish, but it's time to grow up, baby girl.  You were born in Boca Raton, Florida. You are an American, born in America. Or didn't your parents tell you that?  Americans made you famous. And the American public can take that away from you. Or hasn't your manager told you that?  Don't throw stones at the people who pay for your designer clothes and private jets. Don't become the next Justin Bieber joke. Pace yourself or you'll be washed up and a nobody by the time you're 30. I understand that being a pop star is hard work, so throw yourself into your work and build a lasting career, not a flash-in-the pan one.

As for the donut licking, well that's just plain bad manners and disgusting, and again, a blatant display of disrespect for others. Your family must have been so proud watching that video on the evening news. The next time you get the urge to lick or spit on commercial food, how about buying it all instead and giving it to the homeless? That would benefit both the owners of the donut shop and people in need, and might get you some good press instead of negative press.

Being rich and famous doesn't give anyone the right to ignore others or to step on the rights of others, or to make stupid public comments, or to behave badly without consequences. If anything, it brings greater responsibility. It's almost as if money and fame plugs people's ears, covers their eyes, and dulls social sensibilities.

So to all you rich, self-centered, and even criminally bent one-percenters, GET OFF MY FUCKING LAWN!

Posted by Sue Ann Jaffarian at 8:52 AM 2 comments: