Two of my favorite summer time TV shows are American Ninja Warrior and America's Got Talent.

I love both of these shows because they celebrate the underdog, the ordinary person being extraordinary, the gifted and dedicated without the hype and taint of  high priced endorsements and celebrity scandal.

Whether the men and women contestants in these shows are scaling a warped wall or performing for the first time in front of millions, they are following their dreams with a fierce dedication that should light sparks in all of us.


This summer, for the first time ever, a woman scaled the warped wall on American Ninja Warrior. It was done by 5' tall Kacy Catanzaro. Breaking the warped wall ceiling, she was followed up the curved monster by Michelle Warnky. Before the end of this season, maybe we'll see more women hitting the buzzer at the top!

As corny as it sounds, during Catanzaro's run I was in my living room, on my feet clapping and cheering with tears in my eyes. YES!!!

I'm not against professional sports. Not at all.  But I just can't get worked up and excited about them like I can American Ninja Warrior.

Most of these men and women, like the performers on America's Got Talent, hold down day jobs and have families and commitments. They pursue their dreams in time carved out by the determination to succeed against all odds.

Sound familiar? Yep. It's exactly what most authors do each and every day. We carve out time snatched from between jobs and commitments to follow our dream to write, even though we realize the odds are against us.

I'm considered a "successful author," but I still cannot support myself with the money I make from my books. And by "support" I mean pay 100% for my rent, food, clothing, utilities, health care, etc. from the proceeds of my books. A lot of writers will say they support themselves with their writing, but truth be told very few of them do. They may write full time, but if you stripped away the help these folks get from supportive spouses and others, they would never be able to live the lifestyle to which they are accustomed. It's a harsh reality, but a reality just the same.

Yeah, that's why I love these shows. Because they celebrate what I believe and do myself.

I may never scale the warped wall of publishing, but I'm never going to stop trying.

Make Me a Better Writer

This morning I stayed in bed until I finished THE BOOK THIEF by Marcus Zusak.

Oh my! What a wonderful book! While not a fast read, it was a compelling read and I loved every single word, becoming embroiled in the lives of the doomed souls of Himmel Street in a small town outside Munich in Nazi Germany.

As a writer, books like THE BOOK THIEF humble me and bring me to my knees in a puddle of inadequacy and wonder and awe. They leave me prostrate with reverence.

Now, loyal and devoted readers, before you get your undies in a bunch and jump to my defense, let me say this: I know I am a good writer and a competent fiction author. This I know with confidence and conviction. I also know that many of you love my work and embrace it with open arms, book after book. And I don't for a second discount or take that for granted. But I am not a great writer and probably will never stand shoulder to shoulder with literary giants. That is reality.

My writing, like a growing child, is something that is constantly moving and changing and which, like a child, requires sustenance and nurturing. It's a living, breathing thing, evolving with every word I pen. And with each book I write and with each book I read, I learn more about my craft and hunger to expand it even more.

To paraphrase Jack Nicholson's famous line to Helen Hunt in the movie As Good As It Gets: "You make me want to be a better man." I say to books like THE BOOK THIEF:


You make me want to be a better writer.

And so do you my faithful readers. You deserve the best I can give of my humble talent. 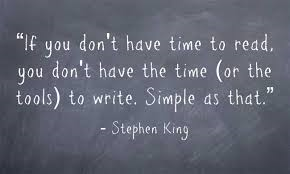 Posted by Sue Ann Jaffarian at 8:56 AM No comments: 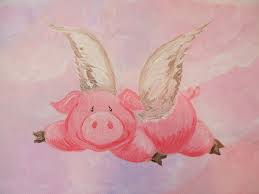 When I made my New Year's Resolutions for 2014 one of them was to stick to an exercise and eating program. To be honest, it hasn't gone as planned, but not in the way that I'm sure first comes to your mind, which was probably:

Oooops, there goes a resolution down the drain.

I knew she couldn't stick to it.

Well, I say, neener, neener to you!

I am exercising almost every day and thanks to my man George, I'm getting in a lot more activity. With the exercise has come renewed strength to my bad knee and more spring in my step.

What has gone off the rails is my eating habits. And by off the rails, I mean in an unexpected but positive way.

I, a dedicated meat eater who in the past never said no to a rack of ribs, a good hunk of prime rib or a Double-Double, have become an almost vegan. There's even a name for people like me: vegan friendly.

It all started when I started reducing my meat intake to save calories. Before I knew it, I was eating so little meat that I thought: why bother?  I love seafood and was eating more of that, along with the occasional chicken breast. Now, I'm barely doing that!  It was so subtle, I barely noticed.

About two months ago I started experimenting with giving up dairy. Not because of veganism, but because I had been fighting acne for a while and was told by a couple of skin professionals that it might be hormonal and to try giving up dairy for a bit to see what happens.

HUH? Are you out of your mind? Give up milk, ice cream, cheese, yogurt?! Hands down, dairy is my favorite food group. It would be impossible, I thought. But, hey, I'm 61 years old and fighting acne. That's just not right. So for no other reason except vanity, I gave up diary except for smidgens found in prepared foods like breads.

Guess what? My skin started clearing up. And my eczema, which I'd had for years, lessened considerably. Huh... maybe giving up dairy isn't such a bad thing. Who knew I had an intolerance for the stuff?

In May, concerned about an addiction to sugar, I decided to give up refined sugar, again except for small amounts found in condiments and prepared foods. For a month I had no desserts, pastries, candy, etc. Nor did I use artificial sweetener to get me over the hump. And I lived. For the first few weeks I found myself compensating for the sugar deficit by eating more starches and fats, but then that faded and I settled into eating very healthy and not missing the sugar at all.

Two days ago I had my first dessert in over a month: non-dairy ice cream from Scoops Westside and I savored every creamy bite. (If you live on the west side of LA and haven't tried Scoops, you must! Incredible artisan ice creams, both dairy and non-dairy. Pricey but worth it.) But even with that, I have no plans to go back to daily sugar binges. I believe I've kicked my habit, but realize, as with any drug, I'm just one use away from a very slippery slope.

Just so you know, I still eat meat, but it's usually when I'm out and in very small amounts. I'll even on occasion order a sandwich with a slip of cheese on it, but at home I'm somewhere between  vegetarian and vegan. Fortunately for me, I have always loved fruits and vegetables.

Sometimes I don't even recognize myself.  Who is this person who now searches the web for vegan recipes and bookmarks vegan blogs? Who just last weekend made her own veggie burgers from scratch when a year ago she would never even dream of eating one? Who bones up on nutrition information as if studying for an exam? Do you know her? Because I don't. 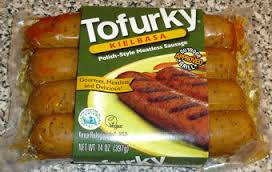 OMG - I just realized that in my fridge is a package of Tofurky kielbasa! No doubt bought in a weak moment brought on my lack of animal protein. I really have gone to the dark side. Forget about pigs flying, Hell has indeed frozen over.

Posted by Sue Ann Jaffarian at 8:34 AM 5 comments: