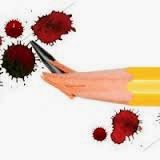 Pencils down!  We've all heard the phrase, especially in school at the end of a timed test.

When one of my bosses at the law firm announces either verbally or in an e-mail pencils down, it means that all work on a deal is to stop immediately until further notice. It means the deal hit a snag and until the parties work it out there is to be no further activity from the team working on it. Sometimes the deal dies completely and sometimes it's a temporary bump.

This last week when I received a pencils down e-mail about a project I was working on, it struck me that often authors hear the same command.

It's not uncommon for an author to be writing the next manuscript in a series and get the news that the publisher has decided to kill the series. Usually a publisher will honor the books under contract but announce they will not pick up any more after that. It doesn't matter if the next book is partially written or completed. That publisher has decided not to publish any more.

Sometimes an author will have a two or three book deal, but if the sales numbers on those already out aren't good, the remaining contracts may be killed.  That's what happened to me with my Madison Rose Vampire Mysteries.  After the second book came out and before I could deliver the manuscript for the contracted third book, I got the hook and everything came to a halt.

It's part of the business.

Business - that's the key word here. Writing is a business. We authors might be bleeding on the page, but in the end it's just so many widgets being sold.  Publishers are in business to make money, and part of that is making tough decisions when an author's sales numbers aren't where they want them to be. Even if an author doesn't write a series, he or she is in danger of pencils down on future book contracts.

Hmmm, I guess that would be more like keyboard down these days.

Being cut can be very tough on an author. For one, it's rejection. It's like being on a date and having your date go home with someone else because he has a fancier car. Two, it can throw a strip of nails in front of the creative process. All of a sudden you have to put on the brakes and switch the creative juices to something else, all the while dealing with the emotions that come with rejection. It can also be damaging to an author's career.

I was very fortunate to already have one established and successful series (Odelia Grey) and a second one (Granny Apples) well on its way to a solid footing when the Madison Rose series bit the dust. My writing career could take the hit and survive just fine. In fact, it has been thriving in the few years since then.  But if an author has not yet built a foundation of successful hits, then getting a series yanked for performance can be quite damaging going forward.

Publishing is like an elephant - it never forgets.  Bad sales numbers can follow an author like a rotting stench. When pitching a new book or series, authors are also combatting their history, often making it difficult to get back into the game once they have been cut from it. It's one of the reasons some authors change pen names. A publisher might be willing to give a new book or series a chance, but with a different name on the cover. And it's not hopeless. Many authors recover nicely and even go on to be very successful with a different publisher. Even that cut series might get picked up by a different publisher and thrive. You just have to stay your course and keep plugging away.

And that's the secret to staying published - plugging away no matter what is thrown at you.

If you hear pencils down from a publisher, break the pencil in half, stomp, swear, cry, and get it out of your system. Then pick up a fresh pencil and keep writing. 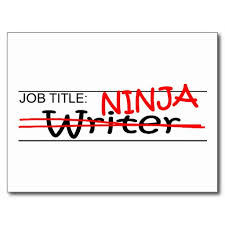 Butt in the chair.
Word after word.
Keystroke after keystroke.
That's the key to success in this nutty business.
It's not for wussies.
It's for Ninjas!

Posted by Sue Ann Jaffarian at 8:20 AM 4 comments:

One of the things I love most about writing the Granny Apples series is incorporating history into the stories. I love doing the research needed to infuse the books with a sense of historical timing for the ghosts encountered. Today, while doing a bit more research into the area around Olvera Street (known as the birthplace of Los Angeles), I learned something about that part of Los Angeles that I never knew, even though I was schooled in the LA area from 3rd grade up.

TV shows and the movies have always focused on the period in Los Angeles history when the mob ran the streets, most notably Mickey Cohen and Bugsy Siegel and their pals, in the late 1930s thru the 1950s. It's a very unsavory piece of fairly modern history of my beloved city but one that attracts a lot of attention.

But there were many other violent eras in LA history and today I learned about the 1871 Chinese Massacre that took place near downtown in the area where the El Pueblo de Los Angeles Historical Monument is now located.

On October 26, 1871, a mob of hundreds of white men rioted in the old Chinatown area (near but not where Chinatown is now). They ransacked and brutalized the area's Chinese inhabitants, ending with the lynching of 18 Chinese. It has the dubious distinction of being the largest incident of a mass lynching in American history. (Bet that surprised you, didn't it?)

This information isn't needed for Ghost in the Guacamole, the 5th Granny Apples novel which I'm finishing right now and which will be out in early 2015. It was something I stumbled upon while researching another tidbit. Still, I think I'm going to mention it in the book. Horrific or not, it's part of the history of the area and I'll bet I'm not the only one who never knew about this.
Posted by Sue Ann Jaffarian at 8:58 AM 1 comment:

Ban Ki-moon, Secretary-General of the United Nations had this to say:


"Countries with more gender equality have better economic growth. Companies with more women leaders perform better. Peace agreements that include women are more durable. Parliaments with more women enact more legislation on key social issues such as health, education, anti-discrimination and child support. The evidence is clear: equality for women means progress for all."
Progress for all ... hmmmm ... for ALL ...

Did you know that the entire month of March is National Women's Month?  It's true! An entire month in which we honor women who have contributed to our world and encourage all women to continue making strides to enhance life at all levels, locally and on the world stage.

Every year a theme is chosen. This year the theme is:  Celebrating Women of Character, Courage, and Commitment. Here are the honorees: 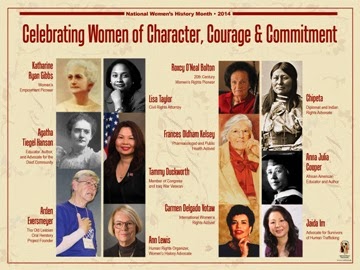 Please take a few minutes and read the bios of these amazing trailblazers on the National Women's History Project website.


But you're just an ordinary woman, you say?
What can you do, you ask?

Although none are famous in the traditional sense, I have the honor and privilege of working with an amazing group of talented and intelligent women at Hooper, Lundy & Bookman, the law firm where I work as a paralegal. Downright amazing, I tell ya!  Some are mothers, some are mentors, many do pro bono work. Each are contributing to progress and I'm so proud to work with them.

I hope in a small way I contribute to progress through my novels.  Are they or will they ever be Pulitzer Prize nominees?  No.  But each time someone writes and tells me that I've brought fun and joy into their life by entertaining them for a few hours, I know that I'm doing my job and making the world a little bit better place for some people.

When I look at the paintings on the walls of my apartment or read books, those people are bringing me joy and knowledge. I give. They give. We all benefit. It's the circle of progress on a small scale but it's still progress and contribution.

We all know the saying:  Bloom where you're planted.  Well, no matter where you are or what you are doing, whether it be running a company, raising children, assisting the ill or elderly, or even serving food through a drive-thru window, bloom, dammit! Because each one of us is an important piece of the Progress Puzzle.
Posted by Sue Ann Jaffarian at 10:00 AM No comments:

Today is release day for DUMMY OF A GHOST, the 2nd digital novella in my Ghost of Granny Apples series.  I am so excited about this novella. I loved doing the research. I loved the story idea. And I loved every minute of putting it on the page.  I hope you all enjoy it too.

Here is a great review of Dummy of a Ghost.

To kick off this novella, during the month of March several blogs will either be posting a review of the novella or posting a guest post I've written called Gobsmacked by a Ghost.  All will be doing book give-a-ways.

A Tale of Two Chin Hos

First off, I should NOT be writing this blog. Really, I shouldn't.  I have laundry to do and a cat box to clean and a vacuum to push around.  More importantly, I have a book to finish in the next 4-5 weeks.

Secondly, despite the tile of this blog post, it isn't about aging hookers with double chins. Really, it's not.﻿

﻿﻿
Today while having lunch I watched Hawaii Five-0 and, not for the first time, was struck by how much I enjoy the remake of this popular show from the 1960s and 1970s.  That's not usually the case. Usually, I deplore remakes of iconic shows and films. But I like the modern Hawaii Five-0 as much as I did the original when I was young.

I really enjoy the modern cast and how they have added a female cop, the tough and lovely Kono played by Grace Park. And I've enjoyed how they've brought in notable guest stars.  I've especially enjoyed Carol Burnett as McGarrett's aunt, Ed Asner as August March, and most recently Melanie Griffith who played Danno's mother fresh from a split with her husband.

But I have to tell ya, as much as I enjoyed Kam Fong's portrayal of Chin Ho on the original Hawaii Five-O, he never made my heart pitter-pat the way the new and improved Chin Ho played by Daniel Dae Kim does.  Kim has to be one of the most beautiful men on TV - hands down!  And least in this old lady's opinion.  YUM!

It's raining right now here in Los Angeles and it's rather gray and dreary out.  I still have chores to do and a book to finish, but for a brief moment today I was transported to the warm and sunny shores of the islands and got to soak in some Hawaii 5-0 beefcake.

That said, I really do have to get moving on my manuscript. I don't think my editor is going to buy mooning over Chin Ho as an excuse if it isn't done on time.  Or will she???? 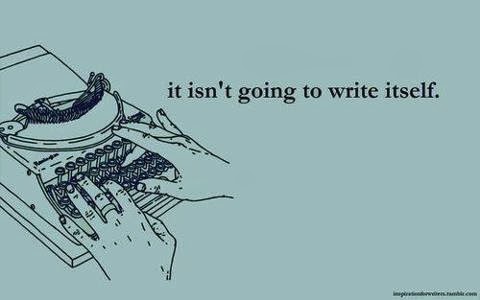 Posted by Sue Ann Jaffarian at 1:24 PM No comments: