I have never been a big puppet or ventriloquist fan, then I encountered Dan Payes, a ventriloquist puppet designer and maker, and immediately thought:

There's an idea here for a book!

Last year I wrote Dummy of a Ghost, a digital novella which is part of my popular Ghost of Granny Apples series and which has a story line about puppets.  Dummy of a Ghost will be released by Penguin/Berkley on March 4, 2014, just a few days from now, and I am so excited!  I love this story about a couple of ghosts who haunt the puppets of their ventriloquist grandson and become alarmed when dangerous things begin to happen to him. To find help, they turn to Kelly Whitecastle who enlists the assistance of her mother, medium Emma Whitecastle, and the ghost of Granny Apples.

The crazy story of how Dan and I crossed paths several years ago can be found at the beginning of Dummy of a Ghost and, believe it or not, it involved Sea-Monkeys.

In preparation for this book, I visited Dan at his workshop at Dan Payes Puppetry to learn how dummies work and are made.  I also watched a couple of ventriloquist tapes. My favorite was the A&E Biography Special Jeff Dunham: Birth of a Dummy. You can download it from Amazon if you're interested. It is extremely entertaining and informative.

Now I'm hooked!  That doesn't mean I want to be a ventriloquist but I certainly have a greater appreciation for the art and the talent that goes into performing and the creativity behind the puppets and their personalities.

This past Friday night I went to see Puppet Up!, the extremely funny show from the Jim Henson Company. Puppet Up! is a mix of improv comedy, puppetry and a quick look into how the puppeteers do what they do. I highly recommend catching it if it comes to a theatre near you.

Writing is like the luge. You know, that insane Olympic sport where a single person gets on a tiny sled made of fiberglass and steel and hurls themselves feet first down an icy track at speeds around 80-90 miles an hour with nothing between them and the cutting ice but a colorful spandex suit.

By the way, I realize there are also two-person luges and writing teams, but for today's discussion we're talking singles. Because that's what writing primarily is, an insane endeavor by a single individual.

Like the luger, I have a support team made up of my friends and family, my agent (coach) and all the people at my publisher (sponsors). Then there are my readers aka fans cheering me on from the stands. All hoping I don't wipe out before I get to the finish line of completing the next book.  But in the end, whether it's me or an Olympic luger, we're the ones alone on the sled controlling the run and hoping we don't crash.

See, writing is like the luge. Except that I perform sitting at a desk, usually in comfy clothing with my cats nearby. Oh, and if done right, writing shouldn't have the added risk of broken bones or injury.

An Olympic luge run is about 60 seconds long.  It obviously takes much longer than that to complete a book, but when deadlines are breathing down your neck, it can feel like the stop watch is running in thousands of a second increments.

A few days ago Erin Hamlin, a 27 year old woman from New York, took home the first ever Olympic individual luge medal for the U.S. It was bronze and in a sport based on speed the difference between Hamlin's time and that of the gold medal winner was about 1.5 seconds.

I have around 45 days before my next deadline.  In luge time, that's the blink of a frosty eye. The current WIP is going slow, too slow for me to be in medal contention, but like the last place luger, I will finish.

I Want What Ringo's Having 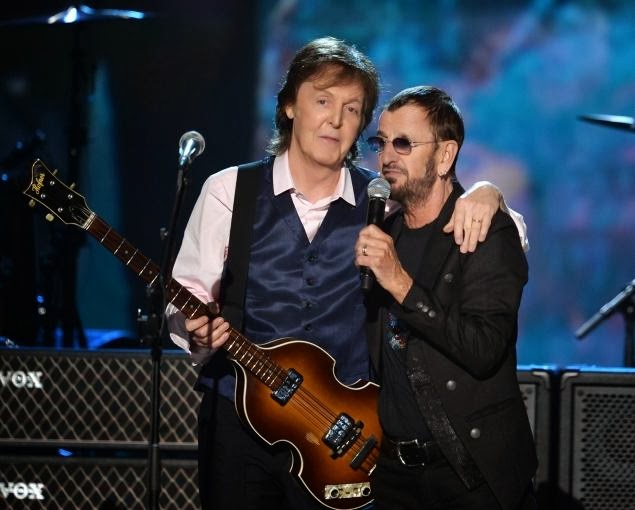 Tonight I watched The Grammy salute to the 50th anniversary of The Beatles appearing on Ed Sullivan.  The program was ambitiously titled: The Beatles: The Night That Changed America — A GRAMMY Salute.  And at the ripe old age of 61 years old, I stayed up way past my usual bedtime to watch it.

I loved every minute of the program, but especially the old footage and Paul and Ringo's performances at the end.  It was well worth the late bedtime. I even recorded it just in case I dozed off.

I remember with great clarity watching the Beatles on Ed Sullivan that night 50 years ago.  We were clustered around the big black and white TV in our den in Whittier, California. My mom and dad were still together, though things were rocky.  I was 11 – a student at Evergreen Elementary School.  The last time I drove by the corner where our house stood, the house and many around it were gone and a car dealership had popped up in its place.

But the thing that struck me the most tonight was not how many years have gone by, but the durability of the music and the remaining men who created it.

Paul McCartney is 71 years old. Ringo Starr is 73. Yet both seemed pretty spry on stage, especially Ringo.  He hopped around singing, dancing and drumming like a bunny with a hotfoot while I groaned as I got up from the sofa when it was over.

I don't know what Ringo's on, but I want some!

Recently I've had the privilege of going to the theatre to see several iconic actors of a certain age:

At an age when most people are long retired and looking forward to quiet evenings and relaxation, these notable actors were memorizing hours and hours of dialogue and delivering it without a hitch, night after night.

There's a lesson to be learned there. A big lesson about keeping active and staying focused, busy and productive. Maybe that's the fountain of youth.

Elmore Leonard was 88 when he passed away last year and he was still writing.  Mary Higgins Clark is 84 and going strong; Sue Grafton is 73 and still plowing her way through the alphabet.  Like the rock stars I watched tonight, these literary giants were and are still working well into their golden years.

I currently have open contracts to deliver 4 more books. It will take me until I'm 65 years old to fulfill those contracts. When those books are done, will I sit back and breath deeply with relief that they are done? Hell no!  My editor has already received proposals for 3 more Granny Apples novels and I'm developing a new series to spin out after the Odelia Grey series comes to an end in four years.

It's my plan to keep writing as long as I can pound the keys and put sentences together and as long as people want to read what I put on the page.

Whenever I get tired, I'm going to remember Ringo Starr bouncing up and down on stage tonight.

Posted by Sue Ann Jaffarian at 11:48 PM No comments: 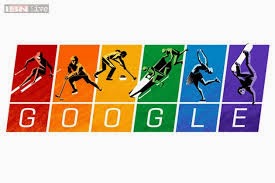 "The practice of sport is a human right. Every individual must have the possibility of practicing sport, without discrimination of any kind and in the Olympic spirit, which requires mutual understanding with a spirit of friendship, solidarity and fair play." –Olympic Charter


The current Google doodle is beautiful and understated yet no less powerful in its message. But what about me personally? How should I handle a beloved event when I don't agree with the politics of the country in which it is being held?


Do I watch the Olympics from Sochi or do I boycott them because of the Russian government's severe anti-gay and lesbian laws?

I love the Winter Olympics, even more than the Summer Olympics. There is something so exhilarating about men and women throwing themselves down icy ramps and steep hills, going airborne with nothing more than a few feet of thin board under them, spinning and jumping gracefully over ice, or working for hours to maintain a pace over miles of packed snow. Every four years for weeks, I become one with the athletes who have sacrificed so much to push and challenge themselves toward greatness. I cheer from my sofa with gusto.

So here's the thing:
Then my friend and writing colleague, Jeri Westerson, posted something on her Facebook wall that made it all come together for me:


If you think it's still okay to watch the games, just swap the word "black" or "Jew" for "gay." Now how does it sound?

I would never support any organization, country or event that would exclude people for their religion, race or gender, so how is this different?  Frankly, it's not.

So to all the Olympians out there, please know that I am still behind you 110% and when you win your medals or take your falls, I will have to learn about it second hand but will feel no less excitement or sadness. 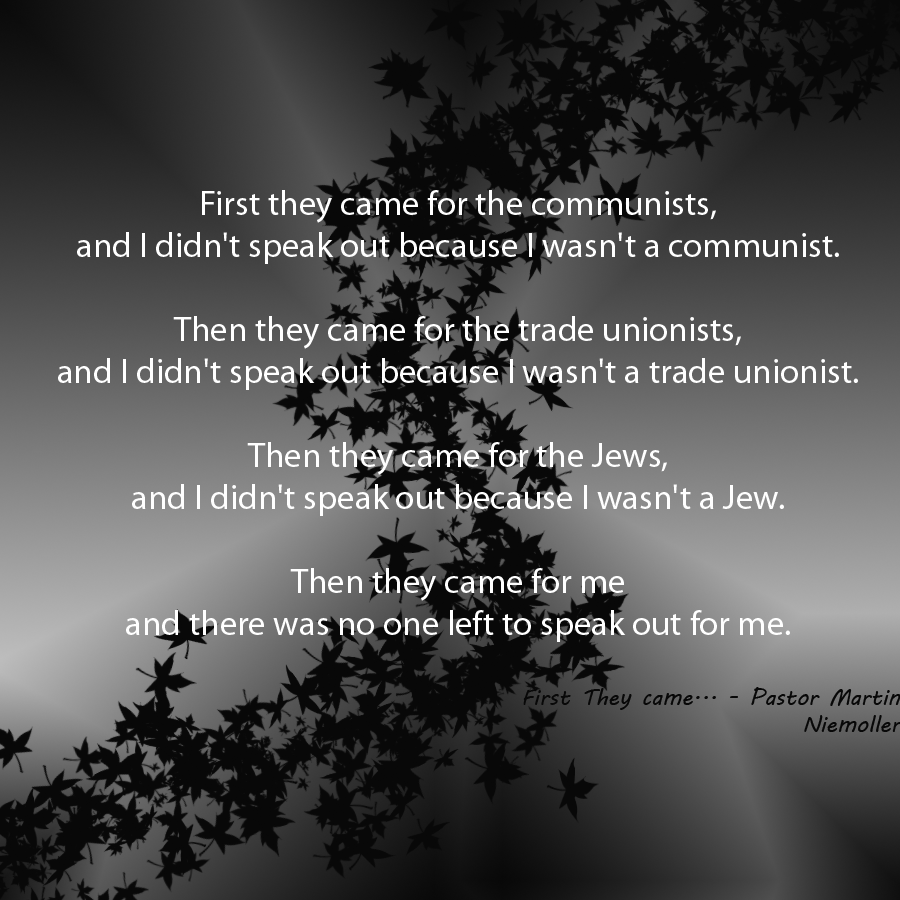 Posted by Sue Ann Jaffarian at 6:46 AM 4 comments: 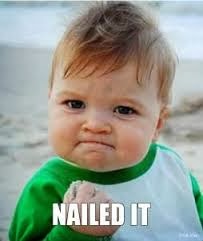 In 2014 I have 2 novels due:  GHOST IN THE GUACAMOLE is due to Berkley in April and Odelia #10 (working title JUNK IN THE TRUNK) is due to Midnight Ink in October.

In between, I'll be producing two more Odelia Grey audio books with the talented Lynne Darlington, who did a bang-up job on TOO BIG TO MISS.  If you love audio books, check it out. It's available at Amazon, iTunes and Audible.com.

I'll also be noodling around with finishing up the novel based on my Holidays from Hell short stories, and developing a new mystery series for my agent to peddle late this year or early next year.  More on that later.  And I'll be publishing at least one more short story this year.

2014 is also going to see me making more public appearances.  I took the last year or so off from the grind but check out my calendar to the right of this post and you'll see I'm hitting the trail a lot more this year. I'll also be in Massachusetts in August for a week-long combined research, reader meet and greet, and family visit trip.

But I digress, as I tend to do.

The real reason for this post is to announce that I have pretty much nailed my 2014 New Year's Resolutions ... so far.  Yep, IT CAN BE DONE!

1) Make my bed every day
2) Balance my check book every month
3) Stick to a workout and eating program
4) Read at least 30 books this year.

And the progress report:

1) I've made my bed all but 3 times in January and 2 of those days was over a weekend when I wasn't feeling great and kept crawling back into it;
2) Yes! Balanced!  No additional money, but at least it adds up.
3) Yes! Thanks to George (see post on My New Man), I've met this goal AND have lost 8 lbs this month.
4) I just finished reading my 4th book for the new year.
Posted by Sue Ann Jaffarian at 11:03 AM 2 comments: