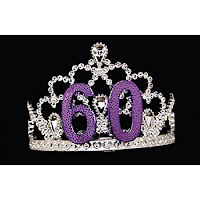 Today begins my official big birthday week. I don't usually take more than a day to celebrate my birthday but this is A BIG ONE.  On Friday, December 21st, I turn 60 years old.

I know a lot of people turn 60 without so much as a blink of an eye, but it is very special to me for many reasons.

For one, my mother died when she was only 52 years old.When I turned 52, I went through a lot of anxiety, half sure I would kick the bucket sometime during that year. My mother, however, suffered from heart disease and emphysema and I am, thankfully, very healthy.

Next, during my life I've had a lot of serious emotional ups and downs. To say I've weathered them in style would be a joke, but I did get through them even though there were some days, weeks, months and even years when I was my own worst enemy. Frankly, I never thought I'd see 60.

Lastly, according to the Mayans, December 21, 2012, is also the end of the world. If that happens, I'm going to be super pissed off because on December 22nd I leave for a combo birthday/Christmas vacation with my BFF Susan. We will be spending 5 days in Santa Fe, New Mexico. Seeing Santa Fe is on my bucket list, but there are also lots of other things on that list. Even if the world ends on December 22nd after I arrive in Santa Fe, I'm still going to be pretty upset that I didn't get to do those other items. It will be like spending eternity annoyed because I forgot things on my grocery list and now the store is closed ... forever!

Originally I wanted to spend my 60th birthday at Stonehenge. But time and money muscled in on those plans so it's off to Santa Fe. Losing 60 lbs was also on Must Do Before 60 List, but, well, you can see how well that turned out.

Stonehenge is still on my bucket list. Along with sky diving, seeing Alaska, and visiting England. I also have at least four more books to write for my Odelia Grey series and at least two novels and one novella due in my Granny Apples series.   If the world ends on December 21st, I will be in serious breech of contract.  But who will care? Right?