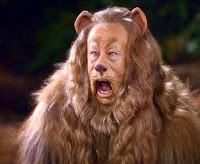 This week on Criminal Minds we're discussing what it would be like to be transported into one of our favorite books. I'm up today and am more than just a little hesitant to leave the comfort of my armchair, and for good reason.  Check out why at Criminal Minds.

On an important side note, I have extended the cut off date for the Odelia Back to School contest.  The new deadline is this coming Sunday, September 23rd.  For contest details go here.
Posted by Sue Ann Jaffarian at 7:31 AM No comments:

Visit the blog and leave a post to enter to win a copy of HIDE AND SNOOP!


Posted by Sue Ann Jaffarian at 8:11 AM No comments: 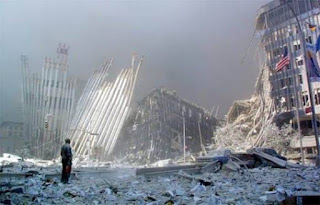 Today's blog topic is no surprise. It's about 9/11. Everyone will be posting about it and well they should. It doesn't matter if you were in New York eleven years ago today, or knew someone who perished, or know someone who lost a loved one on that day, the important thing is that we never forget.

In my almost 60 years on this earth I've seen many horrific things: the assassinations of a President, a civil rights leader and a presidential candidate, and several assassination attempts on public figures. I watched TV in horror as Challenger disintegrated before my very eyes. I listened with disbelief as news drifted in from Guyana of the Jonestown mass suicide. And the list could go on for pages.  But topping them all are the events of 9/11/01.

9/11 is my generation's Pearl Harbor. It's the one thing I will remember, even after other world events grow dim in my aging memory.

My niece Lindsay had just flown in from Boston a couple of days before. We had tickets to see the Jay Leno Show that day, but I needed to do some work at the office first, so with Lindsay in tow we drove into downtown Los Angeles early that morning. I remember wondering why traffic was so light. The freeways were nearly empty - a far cry from the usual LA weekday. We turned on the radio and that's when we learned that two planes had struck the Twin Towers. At first I thought it was a hoax, then it slowly sunk in that it had really happened. Someone had attacked those buildings.

We made it to the highrise where I worked in downtown, and shortly after went back home, where we watched the news for days. Reliving over and over the fall of the towers and the running and screaming of the people. We learned of the Pentagon crash and the plane brought down by heroic passengers in Shanksville, PA. We learned the names of the first responders killed in action.

Fellow author Tim Hallinan, who was in NY on 9/11, wrote this on his Facebook wall this morning:

"Just horrific. I don't care if Osama bin Laden was in the tub with a rubber duck, I'm glad they clipped his ass."

I couldn't agree more or said it better.

(On second thought, I would have said "rubber duckie."  Sorry, Tim.)
Posted by Sue Ann Jaffarian at 8:53 AM 2 comments: