In the next few weeks I have 2 very fun book events planned. Come on by and say hello.

Note: This is a ticketed event.
Posted by Sue Ann Jaffarian at 3:18 PM 1 comment:

A Not So Cheap Craving

Recently, I made a late night secret run to a fast food restaurant. I won't tell you which one, but let's suffice it to say I made a run for the border in my quest for food definitely NOT on my new healthy eating plan.

After all, who would know? And I could do extra crunches and treadmill time to make up for it. Right?

I drove the couple of miles to the restaurant. I rolled into the drive-thru. I placed my order. I drove up to the window, paid and received my soda and food.

So far, so good. I just had to drive home and stuff my face in greasy delight in front of the TV.

Then the gods laughed and said, Not so fast, Slick...

As I drove out of the drive-thru, my left side mirror caught on the gizmo that tells you how much you should pay. Fortunately, I was going at a crawl, but the impact was enough to break the plastic casing around the mirror. The mirror is fine, but the casing, not so much. I take comfort in knowing it could have been worse. I could have smashed the mirror clean off the car.

All for a cheap crunchy taco.

And, no, alcohol was NOT involved.

Who in the hell decided to put those price boxes at exactly the same height as the mirror on my Focus? Who? Who? Who?

I wanna know so I can let the air out of his tires.
Posted by Sue Ann Jaffarian at 9:00 AM No comments:

Couldn't make the launch party of Corpse on the Cob? No problem! You can check out the videos from the launch on You Tube, courtesy of The Mystery Book Store in Los Angeles.
Posted by Sue Ann Jaffarian at 8:28 AM No comments: Sometimes I have to be a grown up and make grown up decisions. I hate having to do that.

In the past two days I've had to review my current schedule and my future obligations, and draw some sensible conclusions.

When I was a kid, my father always said my eyes were bigger than my stomach. Of course, he was referring to the fact that I could eat like a logger, which then left my stomach being much bigger than my eyes. But my eyes are also bigger than my abilities when it comes to setting realistic goals.

I've had to dump my plans to participate in the 2011 LA Marathon. It was a goal I set in January with my usual heat-seeking missile attention and had already been working towards. Setting aside this goal wasn't a decision I made lightly and it wasn't made without deep sadness. I love setting goals and attacking them like a mad dog in August, but the truth is, this time I had to be sensible. (There's that grown-up thing again.)

There were several reasons for the abandonment of the marathon:

1) I simply do not have the time it takes to properly train for something like this. Already my time at the gym has disrupted my writing schedule and I've only just begun. In the fall, several months before the event, I would have had to throw myself single-mindedly into training for the marathon in order to be ready. I'm still going to go to the gym several times a week. I love it and I love the way it makes me feel and look, but I simply cannot devote as much time as I had been and keep up with the writing, book promotion and paralegal career.

2) My knees. Period. I have gimpy knees. One has arthritis. The other was injured following the 2009 Mud Run. Now I seem to have tendinitis in the injured one. Even if I lost a lot of weight before the marathon, I'm not so sure I want to sacrifice what's left of my knees by pounding for 26 miles on pavement.

3) Book obligations abound. This goes hand-in-hand with #1 above. I have book contracts coming out my heiny and I need to concentrate on fulfilling those with the best quality work I can produce. And every book I write, is a book I must promote. My writing career is really starting to soar and I need to keep my focus on that top priority. One look at my calendar and you'll see what I mean.

Goal adjustment: Two years ago I set the goal of losing 100 lbs. To date I've shed nearly 40. Not exactly as speedy as I would like, but it has been done in a healthy manner without deprivation. And I feel great and am surprised by how much stronger I am physically. I'll return to making this my physical goal.

And maybe, just maybe, I'll do the Mud Run again in 2011. I've already crossed out the weekends in the middle of June just in case. In the meantime, I have the Ronald McDonald 5K coming up and I'm sure I'll fit in a few other fun events, as time permits.

In the end, it boils down to keeping my eye on the prize - my writing. It's the gold standard when it comes to my personal goals and I can never lose sight of that.
It sucks realizing I can't do it ALL.
Posted by Sue Ann Jaffarian at 6:59 AM 5 comments:

It started last night while watching the news. The news tends to do that to me, especially when I'm watching a story about politicians.

Last night several news programs announced that the new California Speaker of the House, John Perez, gave his staff considerable pay raises. By considerable, I mean freaking massive pay hikes. His Chief of Staff alone received a whopping $65,000 pay raise! She now makes more than the top three state positions, including Governor Arnie. According to the news, Perez did this to bring his staff's salaries in line with those of the staff of the outgoing speaker.

Hey, Perez, wake up! That's hardly a sound reason given the current state of California's budget. Maybe "outgoing" is the key word for you to notice here.

But Perez is not alone. Minority leader Martin Garrick also gave big raises to his top staffers. Perez is a Democrat. Garrick a Republican. So it's not like I can throw stones at one party and not the other.

For those of you not paying attention to what is going on in California, let me bring you up to speed. We are freaking broke! Services are being cut, state agency offices closed, employees laid off and those that remain are often forced to take furlough days (days off without pay). Some government employees are forced to take three unpaid days a month. That's a lot of pay loss. Even the Governor's staff is under the furlough program and the State Senate is under a pay freeze.

Given the economic times, these pay raises are unconscionable.

Common Cause, the government watchdog group, says these pay raises give the impression that the state government is out of touch.

Personally, I haven't had a pay raise since 2008, but I'm not complaining. I have a job. A good job. And I'm not being forced to take furlough days. Then again, I don't work for the dumb ass government.

Perez and Garrick need someone to beat some sense into them. Like maybe an old woman who can't buy her medication, or a father of four who was laid off from his job, or school children who are in overcrowded classrooms without proper books and programs.

Oh, and by the way, Perez is also claiming he's going to cut the Assembly's budget by 15%. I guess the money for those whopping raises has to come from somewhere.

Hey, Perez, how about dumping those raises AND cutting the budget by 15%?!

Posted by Sue Ann Jaffarian at 6:41 AM 3 comments:

These Feet Were Made for Fund Raising

It’s time once again for me to put my feet where my mouth is, and I don’t mean chewing on them in embarrassment.

Sunday, April 11th, I’ll be lacing up my sneakers and pounding the pavement to raise money for the Los Angeles Ronald McDonald House, one of my favorite charities. As with the past few years, I will be participating with Hooper's Troopers, the walking team made up of folks from the law firm where I work.

This year the 5K walk will take place at Universal Studios – how fun is that going to be?!

Every year I put several character names in my books on the block to raise money for this event. This year all the names were “sold” before I could take the offer public.

But you can still participate in one of the following ways:

*You can sign up to join Hooper's Troopers and bring in your own donations. You don’t need to be employed by the law firm to join us. Just sign up for our team and come prepared to be active and have fun.

Welcome to the World, Baby Girl! 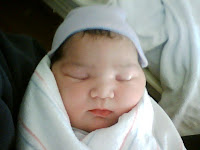 Yesterday morning, about the time I was digging into an order of crab cake benedict at the Overland Cafe and pouring over the final edits of Ghost in the Polka Dot Bikini, back in Massachusetts my niece Lindsay was having her second child.

Here she is ... Miss Catelyn Robin.

Congratulations to Lindsay and Eric on the birth of their beautiful daughter!

In about eight weeks, I'll be back East holding the little munchkin and her big sister Megan myself. 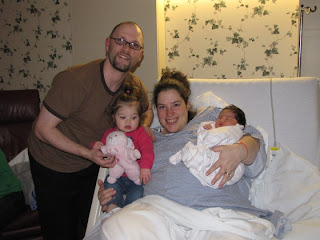 Posted by Sue Ann Jaffarian at 6:26 AM 3 comments:

Yesterday afternoon I was running a quick Google search for my latest book, Corpse on the Cob, to see if there were any recent online reviews that might have slipped my notice or the notice of my manager. I did find one recent one and made a note of it. As I continued going through the list of usual and expected search results, I spotted something interesting. I clicked on it and it took me to Alley Talk, a site operated by wholesale book distributor Baker and Taylor.

Then I saw it - a copy of the cover for Corpse on the Cob in a line up across the top along with books from some pretty notable and best selling authors. Above my book was the number 9.

Then I scrolled down and read what it meant.

Apparently, yesterday Corpse on the Cob, the fifth book in my Odelia Grey mystery series, was ranked #9 in Baker and Taylor sales for the previous 30 days for mystery fiction. #9 of ALL mystery fiction sold by Baker and Taylor in the past month! Whats more, while it wasn't the only paperback on the list, it was the top ranking paperback. Books 1-8 were all hardback books from large publishers.

The rest of the afternoon's work flew by as I floated on surprise and excitement. At 7:15 pm I was sitting in my car in the parking garage of my office building shaking and crying - for joy.

The #9 spot may be fleeting, but it was an indication that all my hard (and often insane) work was paying off and my dreams were really coming true.